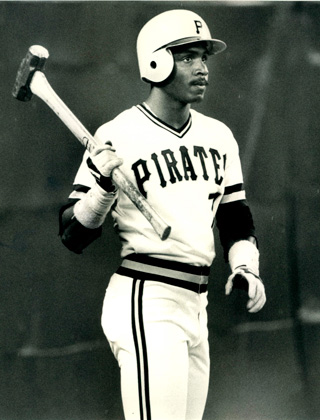 A svelte, sleek Barry Bonds as a Pittsburgh Pirate in the early 1990s. He had virtually the same physique in the 1996 interview featured here. (Photo is courtesy of the Leo Bauby Collection.)

In this segment from Aug. 7, 1996, superstar Barry Bonds gives a revealing (and nearly bizarre) insight into his personality. The one-on-one interview with George Castle was taped at Wrigley Field eight days previously. Bond’s stream of consciousness gives some good clues why he became enmeshed in the performance enhancement drugs issue starting three years later. He apparently was prompted by the Mark McGwire-Sammy Sosa home-run chase of 1998.

Bonds motivations back then are now more timely than ever. He is now on the Hall of Fame ballot, just released, for the first time. However, his connection with the PED era will likely cancel out a legitimate Cooperstown candidacy among BBWAA voters choosing the inductees.