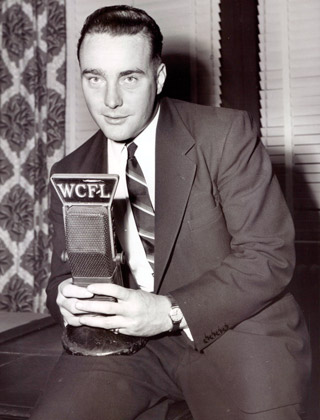 Chuck Comiskey behind the mic of WCFL-Radio, the Sox’s flagship station in the 1950s and 1960s (Photo courtesy of the Leo Bauby Collection).

In this edition, timed with the historical aspects of SoxFest, Chuck Comiskey discusses the issues that affected his family’s ownership of the South Siders. The segment originally aired Sept. 24, 1994. Comiskey was the third and final generation of his family involved in management of the Sox.