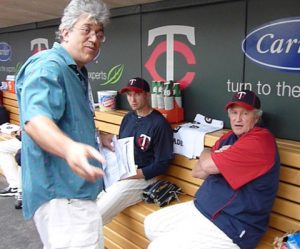 I witnessed Stelly’s sole big-league homer off Hall of Famer Don Sutton in a lost-cause game on Aug. 20, 1974 at Wrigley Field. The last of four catchers the Cubs employed in that 96-loss, last-place season, Stelly’s blast reached the catwalk with a man on in the sixth inning. Over the decades, other accounts no doubt have the blast lengthening ‘til it banged off a building on the other side of Sheffield Avenue. END_OF_DOCUMENT_TOKEN_TO_BE_REPLACED