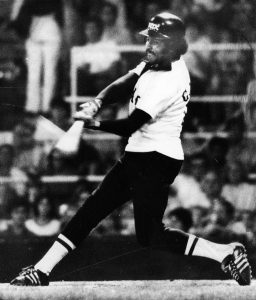 For two franchises just eight miles apart but stereotyped as being light years distant in so many other ways, the Cubs and Sox have shared almost too many players to list here. Gamble is on that last, and impressive compared to most others. His even 200 homers, including a team-leading 31 for the ’77 Sox, prove some of the initial overheated evaluations as a teen-age Cub were correct. Gamble was yet another talented player snared by the keen scouting eye of the legendary Cubs scout and Negro League icon Buck O’Neil. END_OF_DOCUMENT_TOKEN_TO_BE_REPLACED