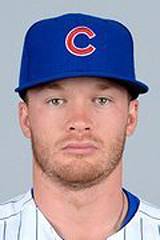 Ian Happ’s early arrival gave the Cubs too much depth where Albert Almora was concerned.

The double three-peat Bulls GM was also a crafty baseball scout. Krause would smile ear-to-ear at the position-player options – some say too many – that Joe Maddon possesses as the Cubs once again advance deep into the postseason.

How much will their grueling five-game Division Series against the Washington Nationals, followed by their cross-country flight taking up part of the off-day, take away from their edge? Then the usual opponent vs. opponent scenarios: rested lefties Clayton Kershaw and ex-Cub Rich Hill along with lights-out closer Kenley Jansen against the Cubs lineup, compared with getting Cubs closer Wade Davis back on track after his longest – and somewhat shaky – outing of the year to close out Game 5 vs. the Nats.

But the underlying issue is how can Maddon best deploy the offensive weapons at his disposal, the likes of which have not existed for any previous Cubs postseason team, including the 2016 champs.

Early-season callup Ian Happ, he of the wandering path between center field and second base, is largely responsible. Maddon never expected the switch-hitting 2015 No. 1 draft pick to come up and slug 24 homers in 115 games, giving the Cubs a record six players with 20 or more homers.

Happ’s pushed-up arrival timeline at Wrigley Field resulted in an unprecedented five consecutive No. 1 Cubs draftees contributing in significant roles at the same time. Compare that embarrassment of riches with the absolutely barren Wrigley family years or quite a few periods under Tribune Co. in which top home-grown draftees were absent. Javy Baez (2011), Albert Almora (2012), Kris Bryant (2013) and Kyle Schwarber (2014) all collected World Series rings last year and are trying for more jewelry.

Happ complicated the original center-field scenario in which glove whiz Almora was projected as the majority starter with veteran Jon Jay spelling him against selected righties. But Happ had to be accommodated with playing time, and then Jay hit well, as expected, especially in the second half. Maddon is a preacher man about defense, but contradicts himself by now making Almora the third option in center – even with Almora the hitter more than ready for prime time. The frequency of lefties in the Dodgers rotation likely will force Maddon’s hand to work Almora in the batting order no matter what sabermetrics about Almora’s matchups filter down from the inner sanctum of Theo Epstein and his posse.

Like no other Cubs team previously, the Cubs are protected at all positions, with the possible exception of Anthony Rizzo at first base, with starting- calibre players. Baez can plug any sudden hole at third, shortstop and second. Happ and Ben Zobrist back up Baez at second. Critics can jump Schwarber and Jason Heyward in the outfield corners all they want, but they are legit starters, backed up by Happ, Zobrist and Jay. Alex Avila is a starting-calibre catcher on many teams, and ably filled in when Willson Contreras had a long second-half layoff due to a leg injury.

Cotto, Veryzer not up to 2017 depth standards 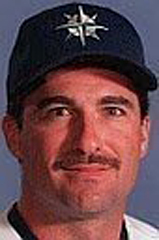 Matt Mieske was not quite the starting-caliber outfielder to fill in for Sammy Sosa or Henry Rodriguez in 1998.

Back in 1984, the NL East champion Cubs had a powerful starting eight — six players possessing 80 or more RBIs — with the exception of aging Larry Bowa at shortstop. But if one of the starters had to be subbed out, the likes of outfielders Thad Bosley, Gary Woods and Henry Cotto along with utility infielder Tom Veryzer do not remotely compare to the 2017 depth.

Advance the clock to the sneaked-in wild-card team of 1998. Brant Brown played well as a center-field starter early, but outfielder Matt Mieske in the outfield and moon man Jeff Blauser in the infield were substantial drop-offs from the pretty good front line led by inflated 66-homer thumper Sammy Sosa.

One of the aspects of the star-crossed 2003 Cubs rarely talked about was how Dusty Baker’s only Cubs postseason crew paled in depth to the Miami Marlins, who shocked them from so many angles in the final three games of the NLCS. Marlins skipper “Trader Jack” McKeon had the depth to bench 94-RBI outfielder Juan Encarnacion in favor of young Miguel Cabrera and Jeff Conine on the outfield corners in the playoffs. The Cubs had no such luxury with the likes of Troy O’Leary and Tom Goodwin as backup outfielders and Lenny Harris in the infield.

In 2007, Sweet Lou Piniella’s first Cubs team had myriad players out of position, and thus had no depth factor. Alfonso Soriano continued a decades-long franchise tradition that if you could run a little, you were placed in center field. Soriano, barely a decent left fielder, did not last long in the middle after starting in center on Opening Day. Later, corner outfielder Jacque Jones – for want of any other capable man for the job – took over in center. South suburban Dolton product Cliff Floyd, a prototypical first-baseman/sometimes outfielder, thus was forced to man right field with Soriano stuck in left. Versatile Mark DeRosa, the Cubs’ version of Brooklyn’s “people’s choice,” could back up in the corner positions, but was needed at second base.

The following season, the Cubs zoomed to an NL-best 97 victories. But early-season sensation Kosuke Fukudome steadily lost air like a leaking tire in the second half, aggravating Piniella to no end. And when farm product Felix Pie failed for the umpteenth time to claim center, the Cubs signed old Cardinals archvillain Jim Edmonds for the job. There were few internal options to plug in a player here or there other than moving DeRosa from second, where diminutive Cajun Mike Fontenot took his place.

So when I scan Facebook for complaints about Maddon this, Almora that, why Schwarber, Heyward is stealing money, I often send a gentle reminder of Cubs history, so quickly forgotten. With a World Series title already in hand, the formerly put-upon fan base doesn’t know that it has never has it this good in the quality and quantity of baseball flesh.