Dave Roberts showed the long and short of odd pitching moves in Game 2 of the World Series.

Not Mad Men. This is not a throwback.

Did you like the 11:30 p.m. Central wrapup of Game 2 of the World Series? Maybe the memorable 7-6 Astros victory is shortened by a half hour if Dodgers manager Dave Roberts does not pull an effective Rich Hill after four innings of one-run ball. In turn, Roberts does not automatically call on Kenley Jansen to attempt a six-out save to start the eighth. And, finally, Roberts doesn’t run out of relief pitchers by the time ex-White Sox Brandon McCarthy allowed the final Astros comeback in the 11th inning.

Craziness is running rampant in the managers’ handling of pitchers the past two postseasons. Shutdown starters are being pulled short of qualifying for a win. Closers are being inserted in mid-game, or are being called on to double their accustomed workload in the eighth.

We are witnessing the downside of sabermetrics.

Managers are outsmarting themselves with the willful assistance of analysts from their front offices. All common sense is tossed out because crunched numbers suggest to never take even the slightest risk of a starter facing the lineup a third time. Then that logic is contradicted when closers are inserted for lengthy outings, Goose Gossage-style, after they have largely been limited to the ninth all season.

In these electronic pages we have documented the evolution of pitching over the decades. Complete-games yielded to the closer coming in during the eighth, maybe even the seventh. Soon setup men took over in the seventh and eighth. Then pitch counts became the barometer of how far a starter could go. Even a durable starter was pulled by the 120-pitch mark, preferably sooner.

But the topsy-turvy manner in which managers have been handling pitchers as postseason progresses is negative. It’s a recipe for disaster.

Terry Francona of the Indians triggered the epidemic of apparent brain farts by using Andrew Miller in middle relief in his team’s run to the 2016 World Series. Francona’s strategy was highly communicable. Joe Maddon did not employ Aroldis Chapman in the fifth, but he stretched him at season’s end to Gossage-like lengths, cutting the Cuban lefty’s fastball under 100 mph, highly hittable, due to overuse. I had hot flashes of Leo Durocher grossly abusing Phil Regan in 1968-69 – that’s how dramatic the load on Chapman had become.

Maddon actually pre-planned the outings of 2016 NL ERA leader Kyle Hendricks and starter Jon Lester’s deployment in relief in advance of Game 7. The Cubs skipper was not going to let Hendricks, who had proved his game endurance earlier in the season, go more than five innings. Maddon’s fingers on the hook were so itchy he eventually pulled Hendricks after issuing a walk with two outs in the fifth and the game under control. That triggered a domino effect of negative events which required a fortuitous 10th-inning rain delay and a Rockne-like speech by Jason Heyward to complete the championship deal.

Those who don’t learn from history are condemned to repeat it. Sure enough, Maddon used Wade Davis, no heavy-duty closer, for seven outs to shakily nail down Game 5 of the NLDS against the Nationals. In turn, Davis’ limited availability had a negative effect on the NLCS against the Dodgers, enabling the Cubs to book October golf times. 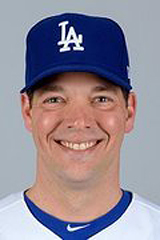 Dodgers starter Rich Hill had a right to be upset over his very quick hook in Game 2 of the World Series.

Finally, the sight of the cerebral Hill throwing a fit in the dugout after Roberts’  quick hook prompted this writer with a long memory to simply state managers are going too far to service the analysts and not react to the situation at hand. There is seemingly no room for instinct and intuition anymore in an over-managed game, on and off the field.

Some heroic Game 7 World Series performances have been turned in by starting pitchers going on two days’ rest – Lew Burdette for the Braves in 1957, Bob Gibson for the Cardinals in 1964, Sandy Koufax for the Dodgers in 1965 and Mickey Lolich for the Tigers in 1968. Koufax was particularly other-worldly, using just a fastball in spinning his second straight shutout and 10-strikeout performance. Their managers risked a lot with these short-rest assignments, but at least the starters were conditioned to go nine innings in the first place. And the outings were at the end of one postseason round, not four.

Today, managers risk everything by sending multi-millionaire starters to the mound on three days’ rest, as Francona did in the 2016 to decreasing effectiveness. But nothing is as asinine as pulling starters after 50 pitches or turning closers into long relievers.

The managers end up as front men. Let the semi-anonymous analysts come down from the suites to signal to the bullpen instead.