Theo Epstein’s off-season work can be classified as “re-tooling.”

First was tear-down and rebuilding, revenue and attendance and broadcast ratings and 56-year moorings on WGN-Radio be damned.

Then came a kind of playoff buildup and climax, completed via a fortuitous rain delay and rah-rah Jason Heyward speech.

The Cubs know how to step on the gas without exhaustion and collapses in the second half of seasons. Although now a questionable post-season in-game manager, Joe Maddon has proved to be the unlocker of secrets of how to finish strong in Wrigley Field – simply by lightening the traditional pre-game workload.

But some aspects of the Cubs roster have an expiration date after a somewhat shaky postseason, when often-stumblebum play by the otherwise gilded Washington Nationals handed the Cubs an NLCS berth against the Los Angeles Dodgers. They were not up to the task.

First, Maddon must privately conduct a self-review on handling pitchers under pressure and rewarding deserving players instead of being a slave to sabermetrics. Over the longer haul, Epstein’s baseball organization must decide whether to cull the herd of position players in an attempt to shore up increasingly shaky pitching, and how to boost the development of home-grown hurlers.

The former is forced by the lack of the latter. With Jake Arrieta and John Lackey likely departing, the Cubs will be forced to fill holes by trades and free agents. But like some disastrous signings of position players under previous management, you don’t always know what you’re getting from outside the organization. Players put on their best face trolling for deals with new teams.

Not getting much play is why after six drafts and six years of international signings, Epstein and his posse have not gotten one at least serviceable starter and several legit relievers out of the farm system. The emphasis in rebuilding the Cubs was position players, and the development system provided an unprecedented five consecutive No. 1 picks, all producing to some degree, for the 2017 roster. However, that impressive talent flow did not preclude at least some major-league ready pitching development.

Do Epstein’s scouts have weaker judgments in assessing young pitchers? Are the minor-league instructors wanting? A rookie coming up to snare a rotation spot with 12 or 13 wins, or several relievers arriving to lock down key roles provide as much a spark as the debut of a power bat, like Ian Happ, you did not expect at season’s start.

Where is next Sutter? 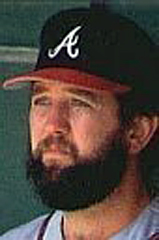 Bruce Sutter once came up from the minors to seize the closer job. When will his spiritual successor arrive?

When will the Cubs enjoy the next Bruce Sutter, promoted early in the season and then seizing the closer’s job with a special pitch?

We’re not being picky or too demanding. Only 15 years ago the Cubs produced only pitchers, like Kerry Wood, Mark Prior, Carlos Zambrano and Kyle Farnsworth. Cubs president Andy MacPhail went the other way, figuring if he concentrated on pitching, he’d have an excess to trade for other needs. Problem is, the excess never appeared via injuries and flameouts. A good organization can strike the right balance.

While the brain trust figures out the right mix in the Cubs’ spanking, but well-guarded, new offices on the northwest side of Wrigley Field, Maddon also has to decide once and for all that Albert Almora is his regular – not platoon – center fielder.

Almora cannot do anything more to prove the point. Cubs outfield defense is dramatically tightened by his presence. Loving Happ’s switch-hitting bat, Maddon miscast the rookie in center field, and it cost the Cubs at time on defense. The manager has some oblique references to Almora possibly being over-exposed if he plays more. But that’s a misdirection play for some strange reason. Almora is ready to be a 140-game-a-year player. To ensure such a regular’s role, Epstein will need to move an outfielder.

Too bad he cannot move Heyward. The gentlemanly, defensively-strong right fielder is proving to possess an eight-year contract that is close to proving as big an albatross on the Cubs as Alfonso Soriano’s similarly endless deal. Evidence is strong that Heyward simply will not morph into a run producer worth nearly $20 million a year. He has not come close to a 30-homer, 100-RBI season. Now a reasonable goal seems a 20-75 campaign, and even those numbers appear rich for Heyward. Size and physical skills have not always translated into production, so Heyward’s pedestrian numbers are hardly unprecedented.

The Cubs have some of the best young veteran players in baseball in Anthony Rizzo, Kris Bryant, Willson Contreras, Javy Baez and Addison Russell. Many impatient fans want to run Kyle Schwarber out of town to an American League destination, but conveniently forget how they pined for decades for a lefty power bat from the farm system.

Fans must adjust their thinking to a new era. And now the Cubs are in deep in the business of annual contention, managerial graduate courses, roster freshening and organizational reviews should be regular features and not something to fear.

Ninety-two victories in 2017 netted an NLCS berth. The same number in 1969 produced frustration and wanting that lasted a lifetime. It’s all perspective.