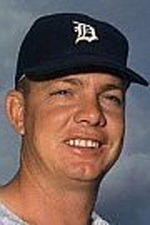 Cash had the most productive career of any of the home-grown hitters the Sox traded away after 1959.

“We had a bullpen and a half,” recalled then-long reliever Wilbur Wood, who’d go on to become the team’s knuckleball ace in the early 1970s, but then yielded late-inning work to closer Bob Locker, flutterball master Hoyt Wilhelm and veteran Don McMahon.

The starting Big Three of Joel Horlen (2.06 ERA) — who threw a no-hitter against the Detroit Tigers — and lefties Gary Peters and a pre-surgery Tommy John helped produce an American League-leading team ERA of 2.45, a throwback to the Dead Ball Era.

Problem is, the pitch-and-putt lineup also was a reminder of hitless-wonder baseball of 60 years previously. It all added up to the biggest waste of great pitching in Chicago history as the Sox, who held first place from June 11 to Aug. 13, could not muster a finishing kick in the greatest pennant race in AL history. And the after-effects of the failure — the official end of the famed “Go-Go” Era that began in 1951 — led to the collapse of the franchise and a near-move to Milwaukee, the first of four separate times through 1988 the Sox flirted with relocation.

The passing of decades plays tricks on perception. The ’67 Sox were infamous for dropping a doubleheader in Kansas City to the lowly Athletics on Sept. 27, then losing the final three at home to the equally inept Washington Senators to finish fourth at 89-73, three games behind the titlist Boston Red Sox. Over time, the remembrance centers on the Sox outright blowing the pennant with the season-ending pratfall. But in actuality they were still one game behind going into old Municipal Stadium, and were tied for the top just once in September.

The Sox should have had a substantial lead going into the final week, but were done in by a crazy thread in team history. Then-owner Bill Veeck and GM Hank Greenberg traded the greatest collection of young home-grown position player talent in Sox history after the 1959 season in an attempt snare a second straight AL pennant. Dispatched in exchange for veterans were first baseman Norm Cash and Don Mincher, catchers Earl Battey and John “Honey” Romano, and outfielder Johnny Callison. The Sox contended into September in 1960, then fell back in the standings in subsequent seasons.

“To be absolutely fair to Veeck when he made those deals, he knew the risk he was taking. He originally wanted Cepeda and Bill White,” said Sox historian Mark Liptak, a contributor to the Chicago Baseball Museum.

Some years back, the late Billy Pierce said the Go-Go Sox simply needed one, or maybe two run producers to put them over the top against the dynastic New York Yankees. But the stripping of the farm system by Veeck and Greenberg took away that potential for the 1960s leg of the contending Sox under managers Al Lopez and Eddie Stanky.

Just two of the previously mentioned quintet of traded hitters could have helped the 98-win Sox in 1964, when they were edged out at the end by the final Yankees dynastic flag winner. And the chickens really came home to roost in 1967. “Pistol Pete” Ward was the closest semblance of a run producer with a team-leading 18 homers and 62 RBIs with a .233 mark. Center fielder Ken “The Bandit” Berry and third baseman Don Buford each led the Sox in batting average
with…just .241.

Making matters worse was Stanky’s insistence on dampening down the infield in front of home plate to help the sinkerballing pitching staff. But he robbed Peter to pay Paul. Sox hitters’ production
also was swallowed up in the infield muck, and they resent Stanky’s stinky strategy to this day.

Ron Hansen supports the concept that one or two more run producers could have put the Sox over the top.

Offense baseball-wide went into a severe-two season slump in 1967
-68. The latter season was labeled “The Year of the Pitcher” with
Bob Gibson’s record 1.12 ERA leading the way. But a quick examination of numbers shows that Cash or Mincher alone might have made up the three-game season-ending difference between the Sox and the pennant.

The four-team AL race also included the Detroit Tigers and Minnesota Twins. Cash was a middle-of-the-lineup mainstay for the Tigers. His below-par year in 1967 produced 22 homers and 72 RBIs — both numbers good enough to pace the Sox. After serving as complementary Twins lineup man to Harmon Killebrew and Tony Oliva, Mincher moved on to the Anaheim Angels with 25 homers and 76 RBIs in 1967.

After a pair of 30-homer seasons in Philadelphia in 1964-65, Callison’s production dropped by 1967. But he still would have been as productive as any Sox with his performance level. Romano, who
returned to the Sox in 1965-66, and Battey finished out their careers
as backup catchers in 1967.

The concept of one man making a difference in a close race dates back to the 1945 Cubs. Their last National League pennant until 2016 was not a cakewalk by any means. The Cubs edged the arch-rival St. Louis Cardinals by just three games. Not so coincidentally, 1945 was the only season Stan Musial missed due to wartime military service. A much better hitter than Cash or Mincher, Musial surely could have won at least three games all by himself.

Hansen had arrived in 1963 in a controversial trade from the Baltimore Orioles for Luis Aparacio. He slugged 20 homers in 1964, but dropped to 8 homers and 51 RBIs by ’67.

Stanky and Sox GM Ed Short did try to remedy the power shortage. However, acquisitions of old sluggers Rocky Colavito and Ken Boyer did not produce the intended results. Whom Stanky and Short tried, but did not, land is even more interesting.

Liptak said management unsuccessfully attempted to land Frank Robinson from Cincinnati and Carl Yastrzemski from Boston prior to their Triple Crown seasons in 1966 and 1967, respectively.
In particular, the Sox offered outfielder Floyd Robinson, pitcher John Buzhardt and a third player for Robinson. Instead, the Reds took what Liptak termed an inferior deal from the Orioles in pitcher Milt Pappas, reliever Jack Baldschun and outfielder Dick Simpson.

Even more eye-opening was a Stanky-Short visit in late Aug. 1967 to pitch Hawk Harrelson, then freshly released from the Athletics for dissing owner Charlie Finley, to join the Sox. Instead, Harrelson opted for the Red Sox, whom he considered to have a better chance of winning. Harrelson’s real impact on the Sox would come in future decades, but no one will know if he could have made a difference with his power in the final month of ’67.

Rain not only source of water on field

Ken Berry said he and a number of Sox lost hits due to the deliberately damp infield.

But in center fielder Berry’s view, Stanky’s desire to muddy the waters to help his pitchers, taking a page from mentor Leo Durocher’s book to win at all costs, was almost as big of a factor in the poor hitting.

“He had Gene Bossard (father of present groundskeeper Roger
Bossard) wet down home plate halfway out to the mound,” said
Berry, most recently a baseball and softball coach in his native Topeka, Kan.

“You’d walk out in front of the mound and see water in front of your feet. Stanky wet us down and expected us to bite the bullet. They also froze the baseballs. It cost us the hitters some money. It
took away our offense.

“The the way the infield was, our guys couldn’t drive ball through
the infield. One day Gary Bell threw me three curves. I was looking
for them. He laughed when the ball went ‘splat’ and he caught
the ball easily. We accepted it at first because we were winning.
(Tommy) McCraw and I and Buford were all line-drive hitters, all
could run. But it took away from that when the ball slows up 30 percent. I really resented it later on when people say we were with the ‘light-hitting’ White Sox.”

Added Hansen: “I think we all did lose hits. The field was tailored for pitching.”

“You’d take infield and batting practice every day,” said Berry. “You’d work out on your day off. You could not fly home and see your family. After the workout, you had to ask Stanky, standing there with the fungo bat, if you could go home. He was great guy about learning how to win, but very difficult to play for. He never softened up.”

After their last-week flop, the Sox brass continued their search for hitters. Short traded two-year outfielder Tommie Agee to the New York Mets for former NL batting champion Tommy Davis. The latter got caught up in the opening collapse in 1968, when the Sox lost a record 10 in a row to start the season. Agee went on to propel the Mets to the surprise 1969 World Series title at the expense of the Cubs.

Two years further into the future, the Sox lost a team-record 106 games despite the presence of promising hitters Bill Melton and Carlos May. Only the back-to-back arrivals of broadcaster Harry Caray and slugger Dick Allen saved the Sox, buying a few years until Veeck’s return to the owner’s chair.

The moral of the ’67 Sox story is you have to take care of both the present and the future to forge a winning franchise while not taking away one team strength to serve another. The 2005 World Series title ended some of that pain. But fans of a certain age will still not forget another pennant season that should have been.