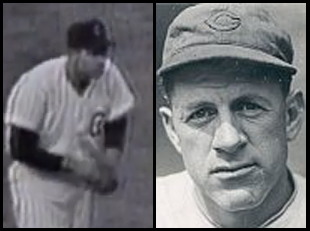 Don Cardwell (left) thrilled WGN-TV viewers as he bore down on his no-hitter in the ninth. Analyst Charlie Grimm (right) was pretty much a spectator while Jack Quinlan handled the riveting play-by-play on WGN-Radio, but was very expressive amid the post-game hoopla.

The vintage segment presented here originally aired on WGN on Sunday afternoon, May 15, 1960. Almost the entire top of the ninth of newly-acquired Cubs pitcher Don Cardwell’s no-hitter is replayed with the incomparable Jack Quinlan’s riveting play-by-play. Interestingly, Charlie Grimm, ol’ “Jolly Cholly” himself, said practically nothing during the final three outs to add perspective. Just a week earlier, Grimm was involved in another strange P.K. Wrigley move. After starting the season with his third tenure as Cubs manager, Grimm traded jobs in the broadcast booth with analyst Lou Boudreau, former manager of the Indians, Red Sox and Athletics.

After Cardwell completed his no-no and did a hectic on-field TV-radio interview with Vince Lloyd, Quinlan turned over the mic to Grimm to describe the wild scene in which thousands of happy fans stormed Wrigley Field. Grimm was impressed, considering he had seen many dramatic events as a Cub. The clip apparently is the only surviving record of Grimm’s radio work that had dated back to the 1930s, right after his successful first stint as manager. 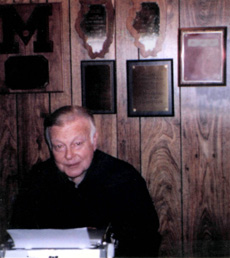 Red Mottlow later in his life. In 1959, he filled in on one of WGN’s last Western Union ticker baseball broadcasts.

The vintage segment presented here originally aired on WGN on Saturday afternoon, Sept. 5, 1959. On days when the Cubs were off or playing at night on the road, the station aired other games re-created by Western Union ticker. On Sept. 5, all the regular station sports announcers were not available for the broadcast. WGN writer-producer Red Mottlow, who had re-created Triple-A games in Minneapolis only a few years earlier, was tapped to fill in.

Mottlow, a Chicago native and graduate of Marshall High School, handled a Reds-Braves game. Later on, in the mid-1960s, he became the first Chicago radio sportscaster to carry a tape recorder into the locker room and eventually co-hosted the Diamond Gems baseball show. On a Diamond Gems in 1998, Mottlow recalled how he handled the ticker re-creation in the studio. That segment, along with a half-inning of his play-by-play, is featured here. 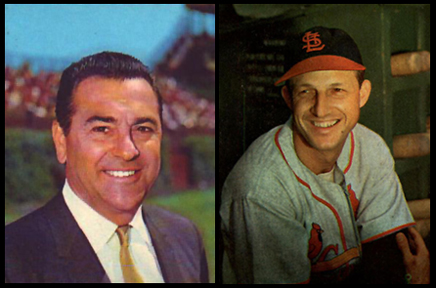 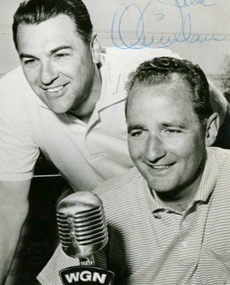 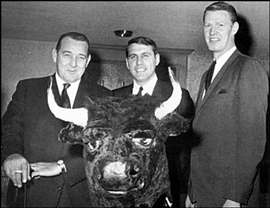 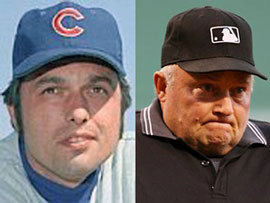 This edition features one of four consecutive segments taken from a retrospective on the career of famed Chicago announcer Jack Brickhouse, taped in Aug. 1997. In this segment, Jack recalls how his famed “Hey Hey” home-run call came about around 1950, in the first years of televised baseball at Wrigley Field. Brickhouse had been using the call for homers by Cubs slugger Hank Sauer without realizing it. Brickhouse also will be honored this season with a bobblehead day at Wrigley Field as part of its 100th anniversary. The Chicago Baseball Museum supports the Brickhouse family in the promotional effort. 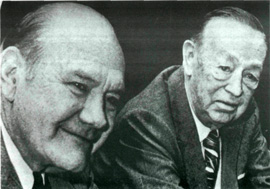 John Holland (left) and Cubs owner Phil Wrigley finally thought they might have a winner going into 1969.

This edition features the Durocher in the Dugout and Leadoff Man radio interviews broadcast just before the Cubs famed Opening Day 1969 and replayed on “Diamond Gems” starting in 1997. Cubs manager Leo Durocher and GM John Holland, the latter on the Leadoff Man, were optimistic about their team’s chances. Lou Boudreau, as usual, hosted both programs. Pay close attention to Holland’s analysis of top outfield prospect Oscar Gamble. 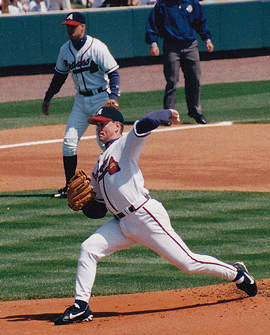