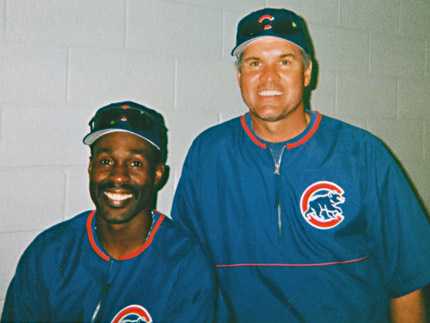 In this edition, an Aug. 2007 interview with Cubs Hall of Famer Ryne Sandberg is replayed. Sandberg candidly reviews his first year as a pro baseball manager at Class A Peoria in the Midwest League. He would go on to miss out on the Cubs’ managerial job in 2011, after having risen through each level of the team’s farm system through 2010. Now Sandberg could be the near-future manager of the Phillies as the NL East team’s first-year third-base coach.