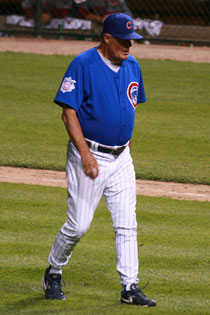 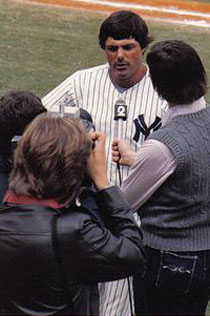 Lou Piniella cut a colorful path with both body English and verbiage as Cubs manager (left). Much of what he applied in the dugout he learned while playing for the Yankees (right), several times for mentor Billy Martin. Photo credits Jauerback & Phil5329.

This edition, culled from a long-form interview with then-Cubs manager Lou Piniella aired in late July 2007, looks at Piniella’s view of himself as a colorful baseball character. Piniella admitted he had a “red-ass” reputation, but preferred to stay out of the limelight — which proved impossible during his tumultuous Cubs tenure.