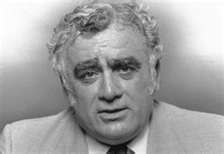 Born on July 12, 1926, in Chicago, Jerome Holtzman was an award-winning sportswriter known for his baseball expertise in particular. In local circles, the Jerome Holtzman legacy impact went beyond his many contributions and achievements over seven decades.

“Jerome Holtzman was the embodiment of the sport,” Chicago Baseball Museum president Dr. David Fletcher said. “He was a researcher, writer, columnist and historian. Most of all, he was a fan.”

The Dean Makes His Mark 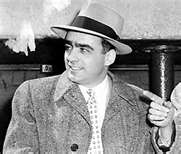 For more than 50 years, Holtzman wrote for his hometown newspapers. In 1943, he got his start as a copyboy at the Chicago Daily News and wrote for the paper through its merger with the Chicago Sun-Times. His keen insights were built on fairness and accuracy and made him one of the most influential members in his profession before long.

In 1959, Holtzman made his most tangible contribution to the game. In order to give relief pitchers more recognition as their roles grew in importance, he created the Save category. It became an official statistic in the 1969 season, the first new measure since 1920, when the Run Batted In was adopted.

As Sun-Times sports editor, Lewis Grizzard worked with Holtzman for several years. The Southern humorist called him “The Dean of American baseball writers,” and he was commonly known as The Dean for the rest of his career. “He never smiled, but he had the keys to Cooperstown,” Grizzard went on to say. “No major leaguer ever got into the Hall of Fame if Holtzman didn’t want him there.”

In 1981, Holtzman moved to the Chicago Tribune, where he spent 19 years. After his retirement in 1999, he was named the first Major League Baseball official historian.

Two years later, Holtzman made the controversial decision to include walks as hits in the 1887 season, which revived an old debate. That season was the only one in which walks counted as such, an experiment that proved highly unpopular. Yet Holtzman was adamant that, once the rules are in place, they should be adhered to in deference to those involved. Revised statistics appeared in the seventh edition of Total Baseball, then the official encyclopedia of Major League Baseball.

A Man of Many Words 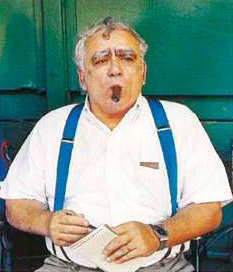 Holtzman wrote or edited more than a dozen books, which included the critically acclaimed No Cheering in the Press Box, a collection of interviews with 18 sportswriters that was published in 1974. A revised edition in 1995 added interviews with six new subjects.

Among his other notable books are The Commissioners, which featured biographies of baseball’s top official and a history of the office, and Baseball Chicago Style, a history of the Chicago Cubs and Chicago White Sox.

Holtzman was the recipient of the 1990 J.G. Taylor Spink Award by the Baseball Writers Association of America. In 2005, he was elected to the International Jewish Sports Hall of Fame. He passed away on July 19, 2008.

“His stories, wisdom and encouragement are greatly missed,” Dr. Fletcher said. “But his legacy will endure for as long as the game is played.”