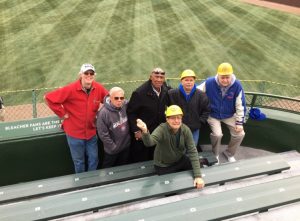 So why should it be so hard to nail Ron Grousl, Wrigley Field’s court jester as chief Left Field Bleacher Bum of 1969? Well, because Grousl, so much in the headlines in that era decided to take the J.D. Salinger route a few years later. He wanted to be left alone and almost nobody who participated in his guerilla theater above the ivy (and before the bleacher basket) knew where Grousl was. END_OF_DOCUMENT_TOKEN_TO_BE_REPLACED