Word came to me on Monday afternoon that Roland Hemond, a friend and former executive with the White Sox had passed away at the age of 92. I knew Roland had been ill for the past few years but still to actually find out that he had passed was jarring and sad.

Roland and I had spoken a lot over the years and as I explain later in this tribute to him, he was always a man of his word.

The role of a general manager cannot be understated. He is the person directly responsible for acquiring and evaluating talent needed to win games at the big-league level. He also has to balance in his head the roles of economics, baseball rules, the player’s union, dealing with the media and thousands of other things on a daily basis. It is not a job for the faint of heart or for those who don’t have the experience of upper management.

In my opinion Roland was the best G.M. in the history of the organization and I mean no disrespect to others who also deserve consideration for that title…men like Frank “Trader” Lane, Ed Short, Ron Schueler or Kenny Williams.
When Hemond took over the organization the franchise was literally in shambles. He faced challenges no other individual who held the position of player personnel director/G.M. ever faced.

The Sox were on their way to a franchise record 106 loss season in 1970. Comiskey Park was falling apart from disrepair. Fans were staying away in droves because the area was supposedly in a bad neighborhood. In 1969 for example the team drew, for the season, only 589,000… even that would fall to a paltry 495,000 in 1970. In 1968 and 1969, owner Art Allyn was playing a portion of his home games in Milwaukee trying the market to see if it would accept a move of the franchise from the South Side. The Sox would even lose their radio station and have to broadcast games starting in 1971 on two small outlets in LaGrange and Evanston, Illinois. Anything and everything that could go wrong for the White Sox did. And into this cesspool stepped Hemond along with new field manager Chuck Tanner when they were hired in September 1970. END_OF_DOCUMENT_TOKEN_TO_BE_REPLACED 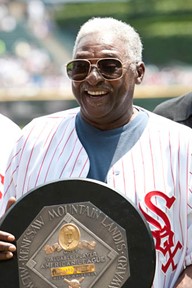 The man tagged with the nickname “Richie,” after Phillies demigod Richie Ashburn, and not his preferred Dick, was Philadelphia’s first star African-American baseball player in 1964, almost a decade after top players of color broke through in many other big-league cities. He produced, but had clashes aplenty and was booed. Both the Phillies fans and front office did not really know what they had. Time travel to pandemic-upended 2020 before the Phillies franchise properly honored Allen and retired his No. 15 with the Phillies on Sept. 3 at Citizens Bank Ballpark. Allen finally got the apology and redemption from the City of Philadelphia he had deserved for a half-century. END_OF_DOCUMENT_TOKEN_TO_BE_REPLACED 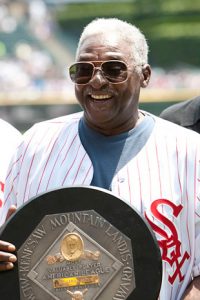