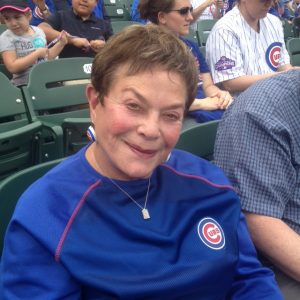 And we seem a century removed from Haddon and mother Ruth Stern journeying all the way from the Chatham neighborhood on the far South Side via bus and Jackson Park L in the mid-1950s to see the Cubs and their matinee idols on Ladies Day. An afternoon at Clark and Addison, even in those losing years, seemed so stress-free compared to dad Rudolf Stern’s childhood in Dusseldorf, Germany. He had gotten out just in time prior to the onset of the Holocaust. END_OF_DOCUMENT_TOKEN_TO_BE_REPLACED